A fitting and fine

The Absa Cape Epic is not an eight day race. When you factor in all the training and preparation it is a six-month-and-then-eight-day race. The 2021 Absa Cape Epic was an 18-month-and-eight-day challenge. Those fortunate mountain bikers who crossed the finish line at Val de Vie on Sunday 24 October endured heat and dust, torrential downpours and single figure temperatures, all after pandemic-related race postponements to finish a unique Absa Cape Epic.

Between Wellington and Val de Vie lay a final 68 kilometres of Untamed mountain biking. The Grand Finale was one last test to ensure that every finisher medal is well-earned. Patatskloof, Beulah and the Hawequa Climb meant that most of the climbing came early on, so that riders could cruise home in absolutely sublime conditions in the Cape Winelands, and enjoy The Trail to Val de Vie.

At the sharp end, it was far from a cruise with a lot still to play for, chief of which was winning on the ‘Champs-Élysées of mountain biking.’ In the Elite men’s race Buff Scott MTB’s Hans Becking and José Dias attacked early and remained the main protagonists on the day, with only NinetyOne-songo-Specialized able to stay with them. Buff Scott MTB’s victory also meant they rode themselves onto the overall podium. Claiming third overall was a major goal achieved. “We went flat out today to overtake Trek-Pirelli. We gave it our all to get that third place. I went into that first climb and gave everything I had,” Becking said afterward.

“Our success belongs to the entire team. Everyone has worked so hard for us. I can’t really describe the feelings right now; it’s just so cool.”

Matt Beers and Jordan Sarrou were happy to finish in close second on the stage, consolidating their overall lead to finish the week having worn yellow from Sunday to Sunday. Indeed, the victory Champagne will flow late into the night in the NinetyOne-songo-Specialized camp as Sina Frei of Switzerland and Laura Stigger of Austria (NinetyOne-songo-Specialized) completed the perfect race to stand on the top step of the Absa Cape Epic Elite women’s podium.

Both men’s and women’s outfits were full of praise for their team. “Thank you to the entire team - the staff, the mechanics, everyone involved has made this possible,” Sarrou said. Stigger echoed his sentiments. “Our success belongs to the entire team. Everyone has worked so hard for us. I can’t really describe the feelings right now; it’s just so cool.”

Perhaps cooler, is the fact that once again, pros and amateurs alike could experience The Untamed. 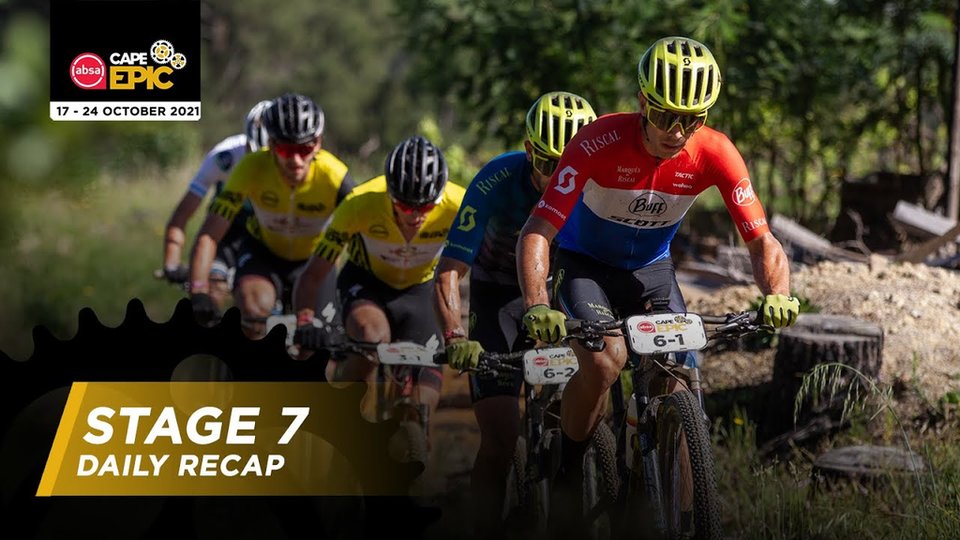