Sina Frei and Laura Stigger (NinetyOne-songo-Specialized) have won just about everything there is to win to date on the Absa Cape Epic. They won the brutal 91km Stage 3 over 2100 metres of climbing around Tulbagh today, continuing their commanding march towards overall glory.

On their trot they claimed the Dimension Data Hotspot Sprint on Tulbagh’s 300-year-old Church Street, the race to the top of the climbs, and the race to the bottom of the descents. They finished the stage nearly four minutes ahead of their nearest rivals, Robyn de Groot and Ariane Lüthi (Salusmed), giving themselves a mammoth 11-minute lead in the women’s race general classification.

In the Elite men’s race, the Canyon Northwave MTB pair remained in second overall after a monumental effort on stage 3. Their efforts saw them cut the lead of NinetyOne-songo-Specialized’s Matt Beers and Jordan Sarrou down to 01:43.

The stage provided plenty of drama, with crashes and snapped chains occurring at high frequency.

“Our plan worked perfectly today,” said Seewald. “We controlled the pace on the long singletrack section from the front and could afford to take it a little bit easy - this was good because we didn’t know the trail that well. Then on the steep climb, we attacked, which was our plan all along. It was brutally hard - I didn’t believe that we could actually get a gap - but we managed to get one and we held on to it.”

South African National road race Champion Hayley Preen (Land Rover Ladies) exited the race with what appeared to be a wrist fracture, while Matthys Beukes is on the way home due to a back strain. 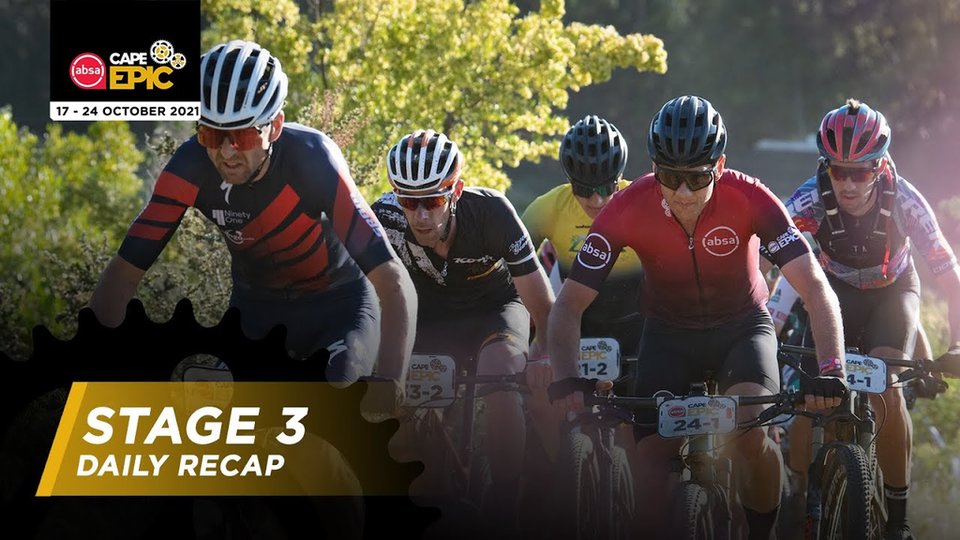