The Witzenberg Valley is undoubtedly one of mountain biking's most challenging playgrounds and a fitting holder for the title of Queen Stage. Sheets of sandstone provide the ultimate testing ground for man, woman and of course machine. No quarter is given by Mother Nature in this fertile valley. For those strong enough not to require one, there are rewards around every kink in the trail. First, though, you have to reach the fabled playground. Crossing the Ceres Valley is the first step on the journey, and scenic dual tracks provide the early kilometres. The Old Gydo Pass, one of two Andrew Geddes Bain passes tackled by the 2021 Absa Cape Epic, ascends from the valley floor into the Koue Bokkeveld. On the Bokkeveld plateau, the dual track climb gives way to singletrack, wide and smooth initially. Snaking ever upward into the Witzenberg Mountains the trail becomes increasingly technical.

As it starts to weave its way between sandstone outcrops it becomes increasingly challenging and the Land Rover Technical Terrain begins. It is far from the only technical section of the day's route, however. Once in the valley, nearly 20 kilometres of virtually uninterrupted singletrack awaits. The level of difficulty varies from moderate to intense, including the famous sandstone rock drop-offs. The day's final climb brings an end to the singletrack. It picks its way up the western slopes of the valley through a pine plantation and then on an ever-roughening dual track, through unspoiled fynbos. On clear days at the summit Table Mountain is visible, as is the stage finish at Saronsberg. A final white knuckle singletrack descent, of an old wagon trail, drops from the heights of the Witzenberg to the Tulbagh Valley far below.

Carved between sandstone massifs, the final 1.5 kilometres of the climb up into the Witzenberg Valley forms the day's Land Rover Technical Terrain. Though not as taxingly steep as the consistent gradients lower down the climb, the brutal ramps on sandstone slick rock require savage bursts of power to conquer. Brief respite is offered from ramp to ramp, so keep an eye on your teammate to ensure the elastic does not snap between you. 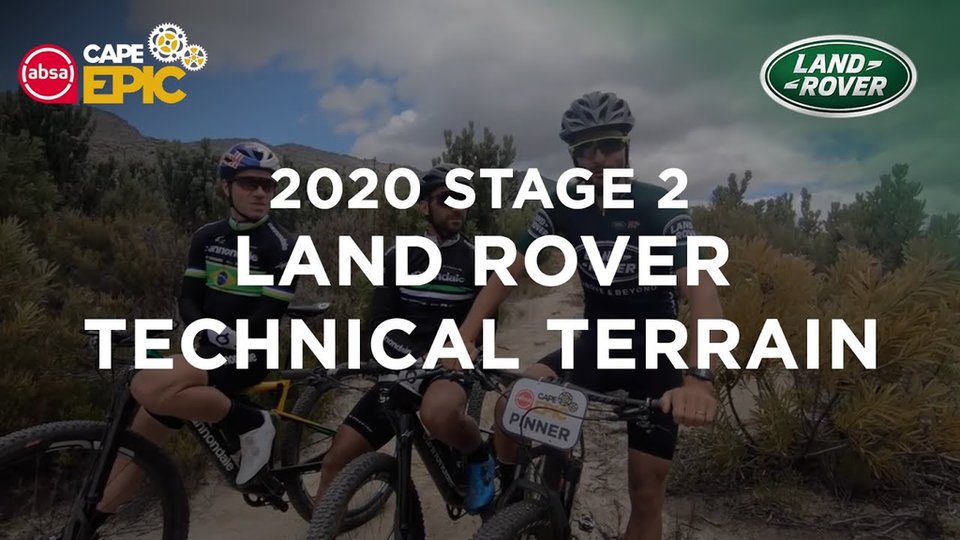 Once in the valley, nearly 20 kilometres of virtually uninterrupted singletrack awaits. The level of difficulty varies from moderate to intense, including the famous sandstone rock drop-offs.

Jaroslav Kulhavy, the Czech Express, leads the bunch during the Absa Cape Epic in 2013